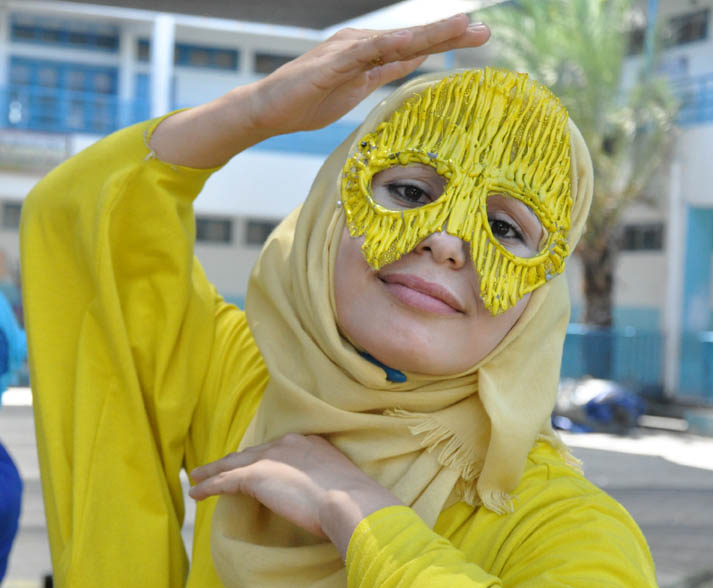 Three birds sit on their perch waiting for the woman who comes every day to feed them and bring them water. She is late. Of the birds: one is quite wounded, one is old, dirty, and covered in goo, one is nervous wreck. When the woman finally arrives, greets and feeds them, she tells them, “I am off to heaven and won’t be coming back… No one will take you. What are we to do?” Under the cover of sleep, the birds discuss their future and fate. In the morning, the woman sets the birds free. From their perch they realize they have no choice but to fly out and discover freedom.

The play was made by 3 groups of women performing simultaneously in different locations. 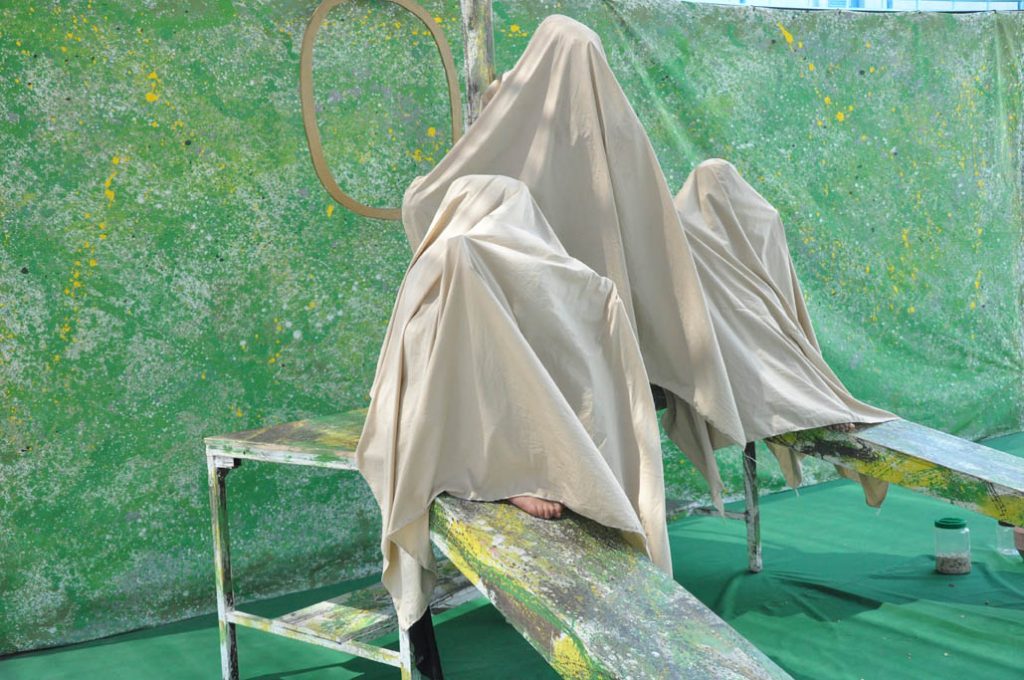