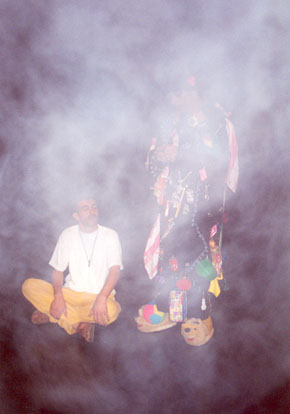 How We Started
Theatre Day Productions began work on The Walking Boy in December 2000. The Al Aqsa Intifada had just begun. Children were being killed every day while other children looked on helplessly as the funeral processions passed by their homes and schools. We could not imagine the effect this was having on young people in Palestine. For us, in Theatre Day Productions… it hurt…!  And it was then that we decided to make a play about a boy who was simply walking to school one day, when out of nowhere, he is shot. A simple boy from Hebron… a walking boy.

The Story of the Play
The Walking Boy is about imagination! The story of Omar is told to you as if it was coming from his dreams, his memories, and his imagination. At the start of the play, Omar is shot. In his fever and in his shock, the details of his life pass before him. We have a chance to meet him, his family, and to hear about his dreams for the future. We also meet Abu Sultan. Who is this strange man wearing a bizarre coat? Where does he come from and what is his role in Omar’s life? Omar is accompanied on his trip to the hospital and his trip through his imagination by his best friend Majed. Together with Abu Sultan, they cry, they laugh, they fight, they run, they discuss, they play, they fly.

The Hebron Team
The 4 actors and drama teachers in The Walking Boy have completed 3 years of youth-theatre training with Theatre Day Productions. They have made 3 plays which toured extensively in Palestinian schools: “The Glass Café” in 1998, “Im Abed & Her Family” in 1999, and “The Other Half’ in 2000. Outside of performances, the team gives special drama workshops to school students all over the Hebron region. These workshops are loads of fun and also give space to tell what’s on your mind or in your heart. We work for 3 weeks: we think, we talk, we play, and we perform. In the end, we invite family, friends, and the school to see the work.

DEDICATION – This play is dedicated to all the Palestinian children who lost their lives… and to their families and friends who live.

From TDP
In February 2002, we were rehearsing The Walking Boy. The by-pass road was empty except for settlers and soldiers, a frightening situation. We decided to move to Hebron. The hotel was empty and sad. We set up our mobile theatre in a school in south Hebron, opposite the mountain of Assindas which had been topped by an Israeli army base. Days were quiet. With darkness, came the sounds of shooting… red lines of light flashing from mountain to mountain. People didn’t go out at night less a stray bullet would meet them. But the kids were going to school and the city was open… and we continued working. During 3 rainy days, the school became a UN distribution center because the usual place was too dangerous to reach. The play opened on March 28 for school kids in Hebron. They were fascinated… touched… and in some little way… healed. Ironically, it was 2 days later that tanks moved into the Hebron area and a 13 year-old was killed in Fuwwar Refugee camp. 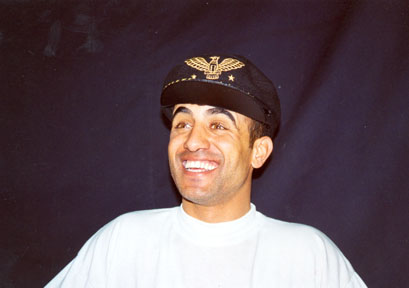 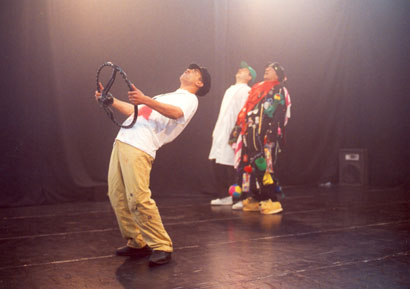 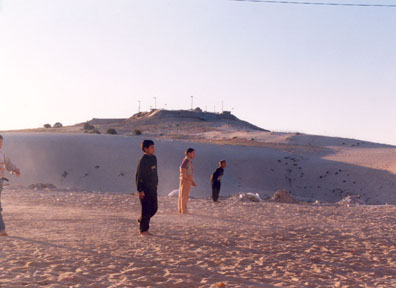