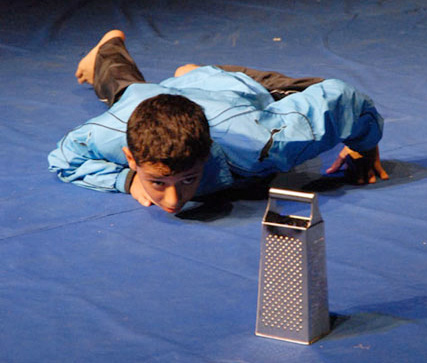 “The Magic Grater” is based on an old Arab folktale, renewed by director and the players. It is the known theme of the king disguising himself as one of the people. In our play, the people are being harassed by a “tax collector” and complaints are going to the king who descends to the market to find out what’s going on. In the meantime, a magic grater is being sold in the same market by 2 boys. They don’t want it because they can hear the thoughts of the people if they listen to it. But wait! Something not right is going to happen. Maybe the boys should listen. So they do!