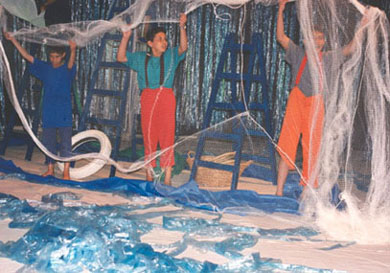 Five bored boys decided to go on ad adventure in search of a buried treasure.
Little do they know that not only one ghost, but two, are out there waiting for them.
Two ghosts and a pile of gold.