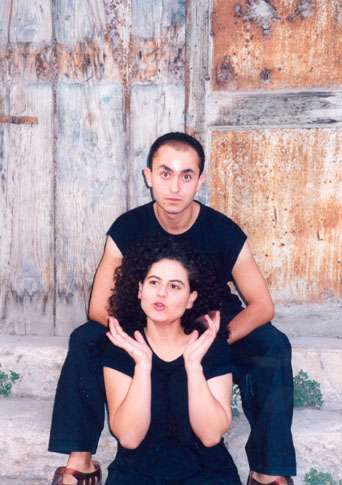 A Co-Production with Inad Theatre

Ghassan Kanafani wrote “Bridge to Eternity” in 1965 as a radio play for one of the Arab stations but it was never broadcast and it has never been produced for the stage until now. “Bridge to Eternity” is a play about the human condition, about continuation and survival, about guilt and sin. It is also about love, understanding, and trust. Faris (Knight) and Raja (Hope), Ghost, Mother can all be given political and historical meaning because Kanafani couldn’t keep away from his history and circumstance. Away from the symbols, however, the play still stands on a philosophical level as an important piece on the human psyche. “Bridge to Eternity” has been turned into a stage play for two actors and has been translated in modern colloquial Arabic. Made for Palestinian teenagers, the play was performed in secondary schools around the Palestinian autonomous areas.

GHASSAN KANAFANI
Palestinian author Ghassan Kanafani was born in Acre in 1936. He and his family were exiled from Haifa in 1948 and he was educated in the refugee camps of Lebanon. It was there that he forged for himself a place in the Palestinian revolution as author and ‘fighter.’ Kanafani’s activities as a writer were diverse, ranging from journalism and political essays to historical studies, theatre, and literary criticism. He was killed at the height of his political and creative activity when his booby-trapped car exploded on a street in Beirut. The literature of Kanafani, expressing the tragedy of the Palestinian people, is known for its depth and confusion and unending questions. The characters in his stories, however, seemingly controlled by their destiny, always end up moving forward. 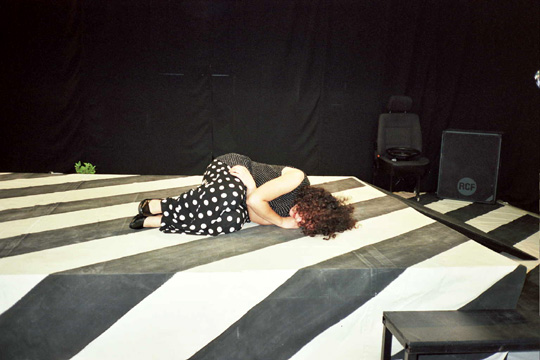