The Boys Who Can’t Still 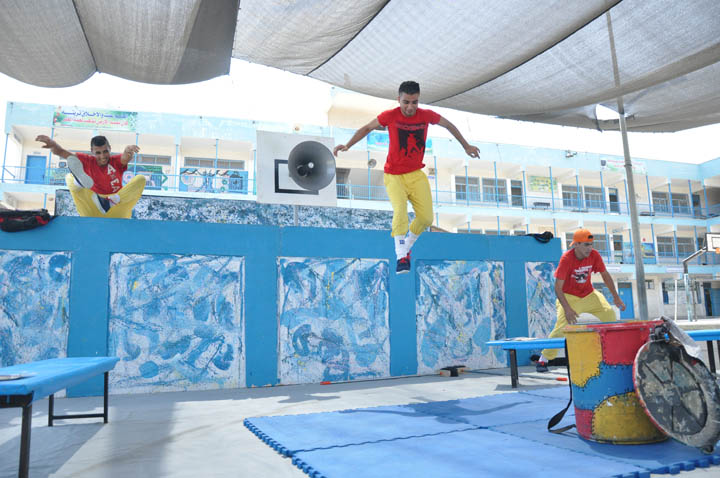 Mustafa, Noor, and Ali are brothers. It’s summer, they are bored, and they take to the school yard in search of something to do. But there is nothing to do and as they search for patience, they are taken over by dance and running. Their first distraction is the unexpected visit of their fun-loving but out-of-work father who offers laughter but not much else. Soon there is a Selma, their talented aunt who always has a game for them to play. And then comes their completely confused Grandfather who carries his house in a huge bag and setting up sleeping space for the tired. The last guest to this world is the grandmother, who remembers what it’s like to be beautiful and in love with the now crazy Grandfather. She remembers when women wore short skirts in Gaza. “You come into life crying and fighting and that’s how it stays… in between you have moments.” The whole day has been a series of moments for the brothers and in the end, resting on the lap of their loving grandmother, they are all completely still.

The play was made by 4 different groups of actors performing simultaneously in different locations.