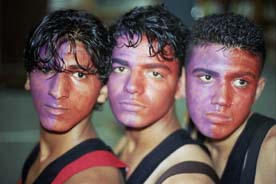 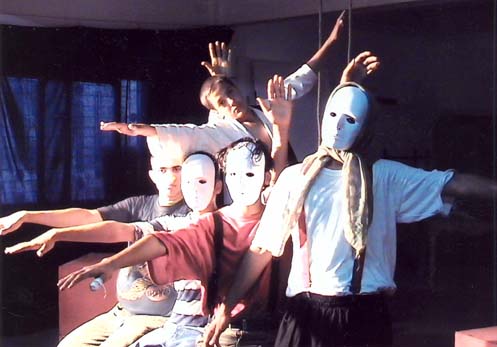 Original text written by Rafat Al Aydeh, “Boys on the Berry Tree” is about 5 teenagers all of whom are having a real difficult time with their parents, their sisters and brothers, in school, and on the street. Feeling desperate, lost, and ignored by everyone, they sneak into the storage of Abu Hussam and set up a radio program that will answer all questions of all teenagers.

Of course this doesn’t work! But the play is a genuine attempt to build bridges of communication between teenagers and their parents and the community. Families of the players were present at the performances and the kids were able to convey a general yet very personal message to them. (After all, personal issues are the driving force behind global affairs.)

Picnic on the Battlefield (Gaza 2009)