Between the Desert & the Sea 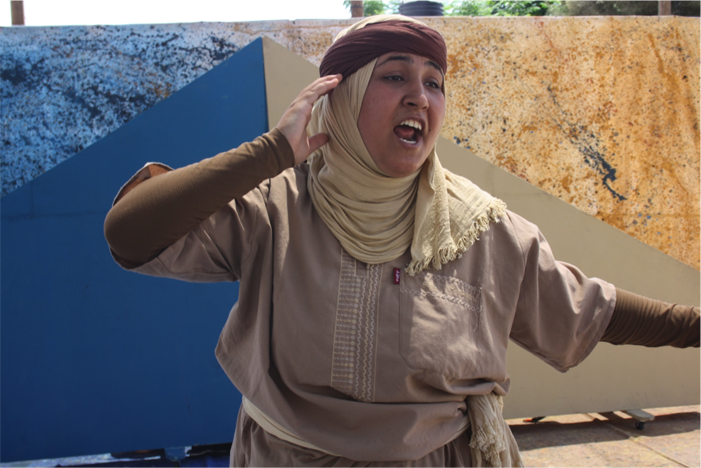 A fisherman is bored with his life and work and wants a change. He decides to go on a trip to the desert bringing his daughter with him. They stop in Gaza City to rest. Meanwhile, a Bedouin is bored with his own life and with his eldest son, they go on a visit to the sea stopping to rest in Gaza. Of course, the two families meet and decide to change places with the fisherman going to live in the Bedouin’s house and the Bedouin going to live in the fisherman’s house. And what a story we have.

The play was made by 3 groups of women performing simultaneously in different locations.