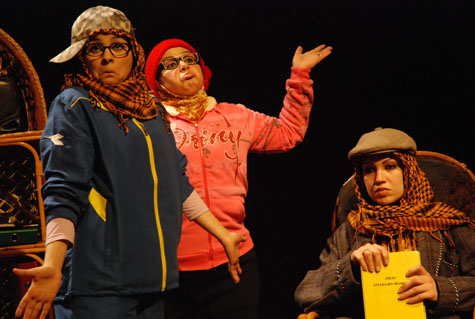 When the fathers have no work, when they stay at home, the balance of the family structure is disturbed.

In Act 1 we get the bad news: the father is fired from his job.  With little to occupy him, he takes the liberty of intervening in family issues that are usually the tasks of the mother. Soon enough, there is chaos in the house. And fighting. The mother decides to find herself a job.

Act II is a comic nightmare of our father physically being transformed into a mother. In this new female body, he faces his wife who has been transformed into a man. Not any man but one with information, a position in the community, and respect of his neighbours.

In Act III, the father faces his family and his situation. With the acceptance of this new reality, he is able to look at his family with a loving heart, and new job to do. To love and care for his children and to connect to them as individuals in his life. He also discovers that his love of poetry and literature can be shared with his children.

AmBa is a mix of Mama and Papa (in Arabic Yama and Yabba). 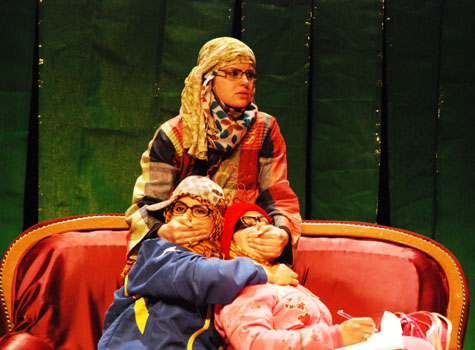